This is the seventh (and final!) part in our ongoing series about trying to get a handle on just what we’re talking about when we talk about alignment. Click here to start at the beginning of the series and read each of the relevant posts so far.

So, there’s something to alignment in Pathfinder which bears resemblance to some kind of physical force. And yet, the intrinsic connection between players and characters, along with Hume’s Falchion, suggest that trying to rely on this interpretation alone leads to a kind of incoherence in alignment as the game is played. Does this mean that we should basically abandon alignment in our games? Or is there some other possibility here, some interpretation, that will allow us to salvage the alignment system in a way that is both conceptually sound and capable of generating more interesting Pathfinder campaigns and characters?

Well, I’m both ever the optimist and pretty pot committed on this one, so my answer to the latter question is definitely “yes!” To see how, let’s start with a couple of premises that I think are safe to assume, given what we’ve been through so far and what we know about alignment and morality in Pathfinder:

Premise One: Alignment is not synonymous with morality.

I think this is actually fairly obvious once you look closely…but I also think that the divergence between these two concepts goes even deeper than first glances would suggest.

The first thing we should notice is that alignment is simply too narrow and simplistic to encompass all that morality entails. There are only nine different alignments, after all, but untold different highly nuanced moral perspectives, and the behaviours that go with them. There are myriad ways to play a Lawful Good paladin, in terms of morality…to say nothing of Chaotic Neutral rogues. The point is that there is more to morality in Pathfinder than alignment.

But the converse is also true! If we take the “physical force” view of alignment seriously (as I think we should), it’s possible to commit acts and enact causal chains which both affect and are affected by alignment, but which do not have an obvious moral dimension (or, at the very least, have some moral dimension which doesn’t seem to line up with the alignment apparently at work, like saving innocent lives with Evil magic). So there is also more to alignment in Pathfinder than morality.

We can safely assume that, whatever their relationship might be, alignment and morality are not synonymous.

Unfortunately, this second premise is much harder to outright prove than the first one – this is a rather controversial position in contemporary metaethics more broadly, and hardly something I can just take credit for based on the past few blog posts.

Nevertheless, I think it’s safe to say that common wisdom among professional ethicists accepts that either the is-ought gap is unbridgeable, or a satisfactory demonstration that it can be bridged has not yet been provided.

With those two premises in our pockets, my solution to this whole problem of alignment is essentially this: “alignment” in Pathfinder actually refers to two different (though admittedly related) concepts.

For future clarity, I’m going to call these two concepts “metaphysical alignment” and “moral alignment.” Metaphysical alignment refers to those alignment effects/attributes which bear a strong resemblance to other physical forces like gravity/mass, or electromagnetism/charge. Moral alignment, meanwhile, actually is a kind of shorthand label (betcha didn’t think that was coming back!) for the entire scope of a character’s moral beliefs, actions, and attitudes; while it doesn’t fully capture all the moral nuance of any creature, it is a quick and simple way of roughly categorizing a creature within a shared conceptual scheme.

With this in mind, it looks like a good deal of the apparent incoherence of alignment in Pathfinder is just caused by equivocating* between metaphysical alignment and moral alignment. And so long as we make sure to distinguish between these two concepts, that incoherence largely just sort of evaporates.

I’ll admit to not being able to see a way around this problem, other than to suggest that alignment in Pathfinder works sort of like how dualism in the philosophy of mind is supposed to work. That hardly solves anything, because no one really knows how dualism is supposed to work: the idea is that “the mind” is a purely non-physical thing while “the brain,” as part of the body, is a purely physical thing, and while physical and non-physical things don’t normally interact, these two are special and can somehow affect one another, in some mysterious (but real!) way.

Extending the analogy to alignment, the idea is that metaphysical and moral alignment have a special relationship and can mysteriously, uniquely affect one another, in a sort of one-time exception to Hume’s Falchion. And that’s how alignment works in Pathfinder. Ta da!

Now, I understand if this seems a bit ad hoc and incomplete – it’s not a full explanatory story by any means, and raises just as many questions as it answers. But here’s my challenge: we can embrace alignment dualism, and treat the remaining questions (i.e., how in the Abyss can normative and non-normative concepts like these affect one another?!?) not as failings or explanatory gaps (which they absolutely would be in the real world) but as plot hooks for Pathfinder games focused on questions of alignment and morality!

In that spirit, for my next post I’ll be presenting a few character and campaign ideas inspired by this dualist approach to alignment, for fun, interesting, and (best of all!) philosophically sophisticated games. But for the most part, this concludes Detect Alignment’s introductory series on the nature of alignment in Pathfinder.

Thanks very much for bearing with me – I realize this post went a little longer than usual, but I really wanted to wrap it up this time! I promise, the next post will be just hella fun to make up for it!

*Equivocation: A common and highly insidious type of logical fallacy/conceptual mistake, usually caused by mixing up different meanings for the same word. Example: if I say both “Snakes have no legs” and “Gerald the Used Car Salesman is a real snake,” I cannot from this derive “Gerald the Used Car Salesman has no legs,” as this would be equivocating on the term “snake.”

10 Replies to “Understanding Alignment VII: A Dualist Theory of Alignment in Pathfinder”

Tabletop RPGs, and fantasy more generally, are rife with moral questions. They allow us to explore ethical issues in ways that aren’t otherwise available, while also shedding light on ethics more generally.

This blog is about exploring morality as it relates to Paizo’s Pathfinder Roleplaying Game and other systems, taking seriously the purpose of morality in Pathfinder’s lore and mechanics. 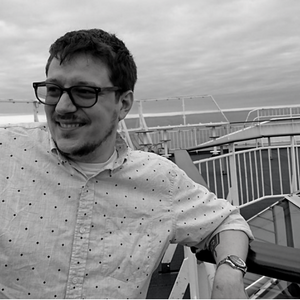 Bill Cameron received his PhD in ethics from Western University in 2014; his dissertation was on moral intuitions and how we approach moral knowledge. He has been a fan of fantasy fiction since his earliest days of reading, and an avid Pathfinder player since 2012.

The opinions expressed on this blog reflect those of the author alone. All copyrighted material mentioned is referenced for educational purposes only, without any claim to ownership.